In the newspaper I read about a big event in Oxford Street on the Tuesday: The Christmas lighting should be switched on by some singers - me as an "older person" I have no idea who these celebrities were, but the people waiting in front of the Selfridges department store were quite exited about them.

In the end I didn't stay until the lights were really switched on because it took too long for my liking. So you will have to wait for a later post to see the lights in Oxford Street. But I have at least some impressions of pre-Christmas London.

GUESS WHAT THESE STRANGE THINGS ARE!

When walking down Oxford Street I found really funny shop window decorations in one of the big department stores. You have to look twice to see what the are made of: 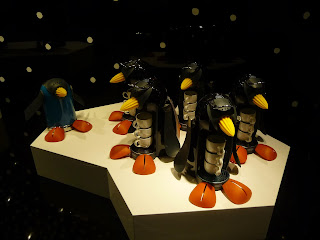 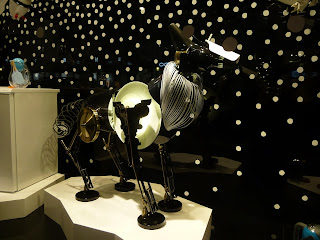 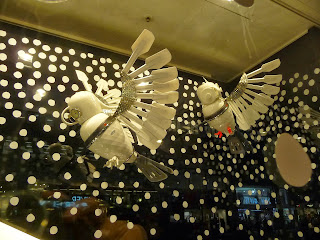 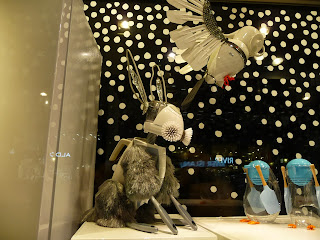 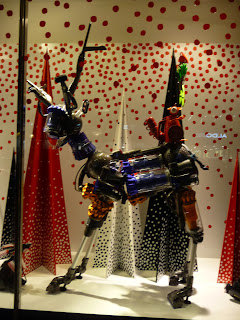 If you think about all devices you would use in your household - you are on the right way. 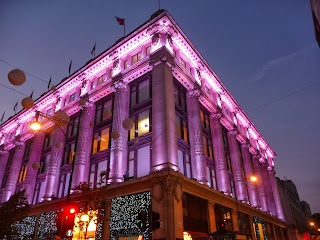 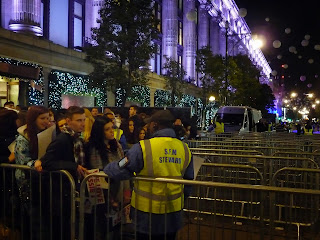 At the end of the day when I wanted to go back by tube it was so crowded that not all people were allowed to enter the station as they would have liked to do so. Therefore I decided to walk as far as Tottenham Court Road Station, there I could get on the train more easily. I was very tired and had sore feed.

For all "gastronomically interested" people among you, the last picture is from my dinner in the host family: 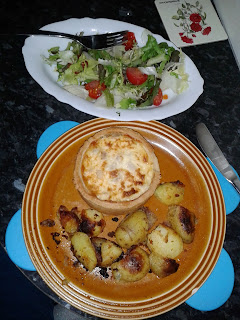